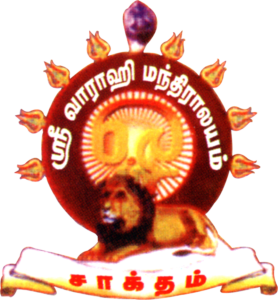 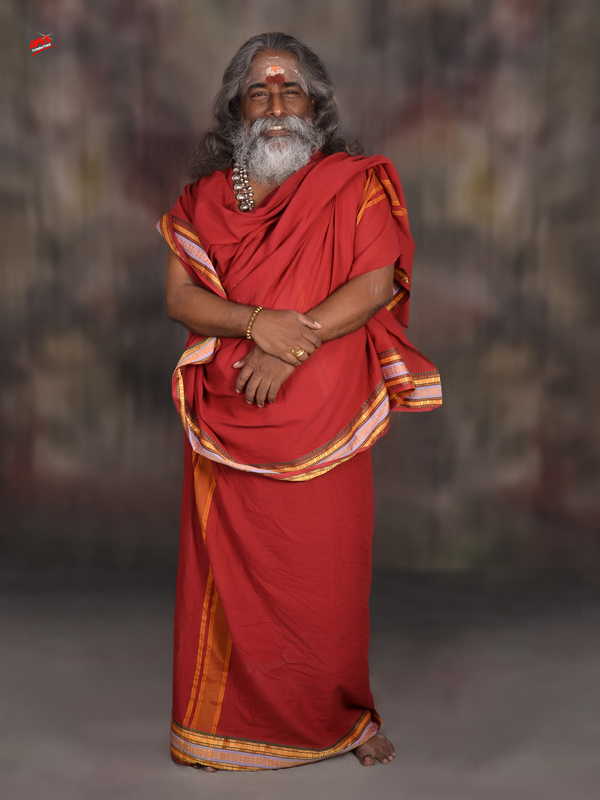 Saktha Sri Varahi Manikanta swamigal is the founder of Sri Varahi Manthralayam, Coimbatore, TamilNadu, India on 5th April 1991. He was dumb (speechless) by birth but due to the grace of lord Ayyapa, he began to speak when he visited Sabarimala at the age of 4 and half years. Swamigal was named as K. Manikantan by his parents E.G.Karthikeyan (late) and R.Ambujam. He was born on 14th Nov 1958 on Deepavali. Just before obtaining his commerce degree his father had passed away unexpectedly, afterwhich he took up responsibility of his four sisters and brother.

With time and experience, he realised the difficulties of mankind and at the age of 30 years he took up Sanyasam from swami Paranjyothi in Koduvilarpatti, Theni, Tamil Nadu.Swamigal further pursued his education later in life by completing M.A.(Tamil), M.A.(English), M.A.(Philosophy), M.Phil.(English), B.Sc.(Psycology), Diploma in Saiva Sidhanta, Diploma in Sidha and now pursuing to graduate in Sanskrit.

Swamigal had performed Tapas every year in a locked room without food for 8 days upto 80 days. Meditating with only water allowed Swamigal to gather enough spiritual power to retify the problems and worries of the devotees. He had then proved that a human body has the power to absorb the cosmic energy and sustain the energy for ones functioning and more. He is teaching such meditation to his students too.

Swamigal gives speeches in varied topics about spirituality, unpragmatic religious dogmas, yoga, meditation, utilisation of natural herbs and methods of overcoming the problems and crises of the life. He also gave speeches in schools, colleges and on spiritual platforms of different Ashrams and Mattam in Tamil Nadu and Kerala especially erradicating religious superstitions. He provides solutions in general, also to specific cases and individuals on how to address and conquer the challenges in life.

Swamigal is teaching Panja Patchi sastram created by siddhar Agasthiyar, siddhar Kagapujandar and siddhar Pulipani. To simply state, Panja Patchi sastram is knowing how to optimally utilise time to ones favour making ones life simpler and faster naturally. Apart form Panja Patchi, he is also conducting Raja yoga, Karma yoga, Bhakthi yoga and Gnana yoga classes since 1996. He has 100’s of students practising their learnings in their daily life.

Swamiji offers Herbal treatment, sidha and naturopathi treatments for the needy. Medicines for various ailments are prepared by swamiji for the treatment. He treks in different mountains in the western ghats in search of different herbs. All the treatments he administers are then with his knowledge in Indian medicine. 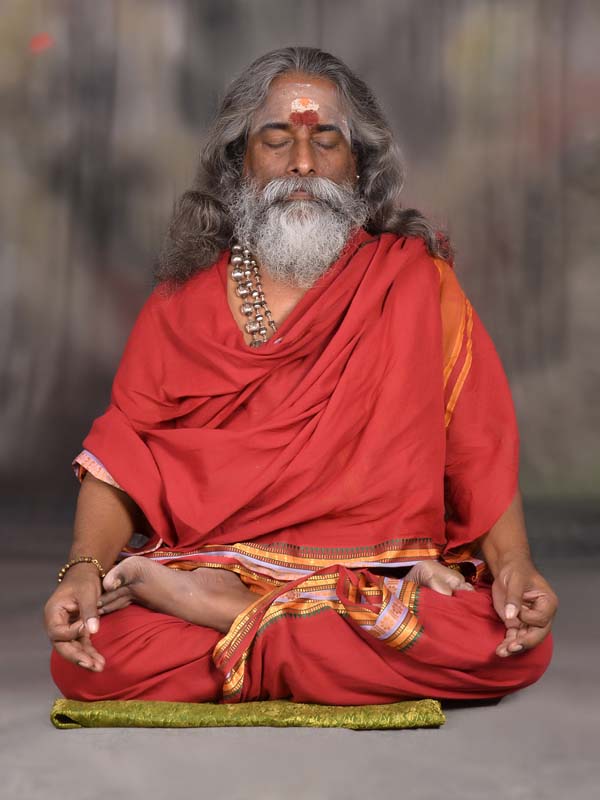 Swamiji has undertaken penance for personal training and for the social wellbeing several times. He also wanted to show that all can indulge in penance. To show this swamiji has taken up an eight day penance without food and contact with outside world by shutting himself alone in Ramanathapuram. This was followed by a series of penances like sixteen days, twenty four days, thirty two days, fourty days and fourty eight days. Swamiji usually announced of the above deed in public. The venue where he undertakes penance was locked and sealed that he could not have any contact from outside. People thronged to the site of the penance everyday from morning till night. On the stipulated day when the doors were opened in the presence of devotees. Swamiji emerged waving to the anxious devotees glowing with what he had derived from the penance. Swamiji undertook successfully a twenty one day penance outside manthralyam in the Pyramid at Perks Hr sec School Coimbatore. With the strength of completing 48 days in isolation, deeply meditating, has made him increase the length to sixty four days.

Swamiji’s concept on how spirituality and religion inculcates humanity:

Once a poor young lady with an infant begged at a milk farm to provide milk for her babies. When she was asked to pay for it, she found no way to provide for the kids. She met swamiji and explained her state.Swamiji immediately told her to bring her babies and others of the same plight to the temple premises the next day morning. Meanwhile the milk farm owner who denied milk to the poor was informed that his bad time is about to start and he has to do “Paal-abhisheka” to a deity every morning and evening. He was informed to provide milk in litres.Next day during abhisheka the poor lady returned with around ten other women and children. She was asked to fill her vessels with the abhisheka milk coming out of the “Go-Mukh”!! All the infant’s stomach was filled with milk and their mother’s heart filled with joy. Here the religion has not only provided the needy without any expectation and also with the provided it with the divine power!!